By lauren, on November 5th, 2016, under Films, Gallery Update // Comments Off on Change of Heart Screencaps 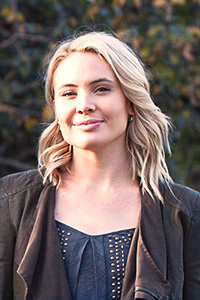 Leah Pipes has been set to star in a new PixL feature, ‘Change of Heart’.

Diane McCarthy (Leah Pipes) is a reality television producer for her arrogant ex-boyfriend’s show highlighting travel destinations. While driving to her next assignment, Diane swerves off the road and gets stuck as a storm approaches. Nearby, she sees the Forest Cove bed and breakfast. Owner, Helen (Lindsay Wagner), offers Diane a complimentary room until her car is ready. Diane, desperate for shelter, accepts Helen’s offer and meets Helen’s handsome son Andy (Rick Malambri). Impressed by its charm, Diane changes plans for the next episode to instead focus on Forest Cove. Helen is excited and hopes the show will bring in much needed business. Andy, preparing to sell the struggling property, is against it. Despite his objections, Andy and Diane bond while preparing for the show. But it gets complicated when, Jared, Diane’s ex and host of the show, arrives and throws a wrench in things.

Leah Pipes had her acting debut in January 2001 as a featured actress on the popular TV series, “Angel.” After a few commercials for Nabisco and Disneyland, by April 2002 she had become one of the stars of ABC’s “Lost at Home,” a romantic comedy about a workaholic dad struggling to re-connect with his wife and kids, opposite Connie Britton and Gregory Hines. Leah has made guest appearances on hit shows such as “Glee,” “The Vampire Diaries,” and “Ghost Whisperer.” Leah was also the lead in the feature film, “Sorority Row,” opposite Rumer Willis. Leah is now starring in the hit CW series, “The Originals,” a spin-off of “The Vampire Diaries.”

By lauren, on April 8th, 2016, under Films, News and Rumors // Comments Off on Leah Stars in New TV Movie ‘Change of Heart’!

By lauren, on January 11th, 2016, under Films, Gallery Update // Comments Off on Fingerprints and Sorority Row Bluray Screencaps!

By lauren, on August 1st, 2015, under Films, Gallery Update // Comments Off on The Devil’s Hand Screencaps, Stills, & Posters
﻿